Anomaly Amsterdam in partnership with The Dutch National Opera + Ballet launched the “You Don’t Know Opera” campaign. The campaign focused on changing misconceptions surrounding modern day opera by re-positioning it as approachable to a younger audience by telling stories from behind the scenes. The film “The Boxer” portrays an unexpected combination of a tenor, Frank Engel, who is also a boxer, and challenges pre-conceived notions of an opera singer, and in turn, of opera itself. 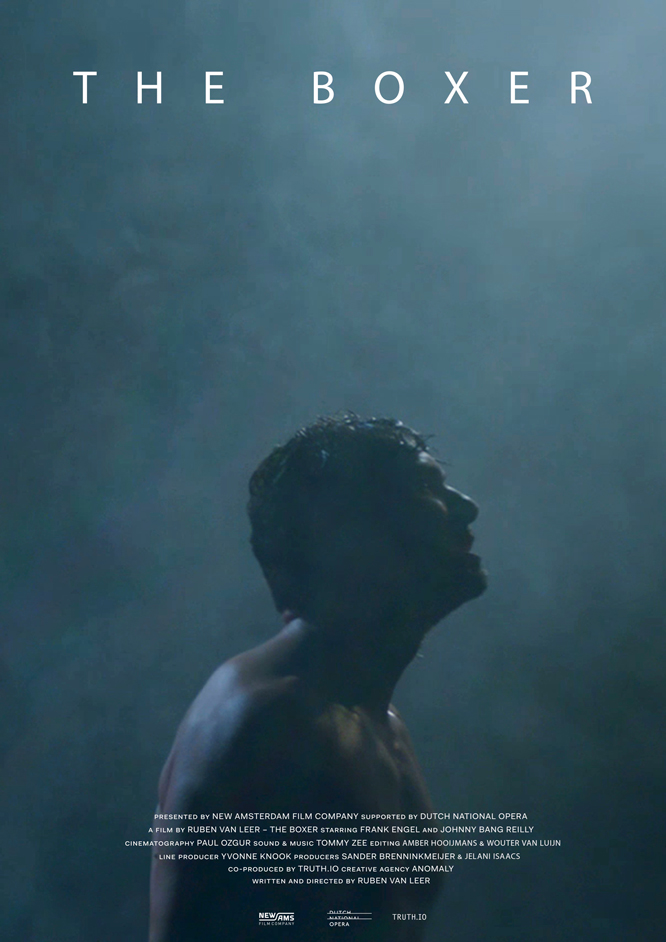 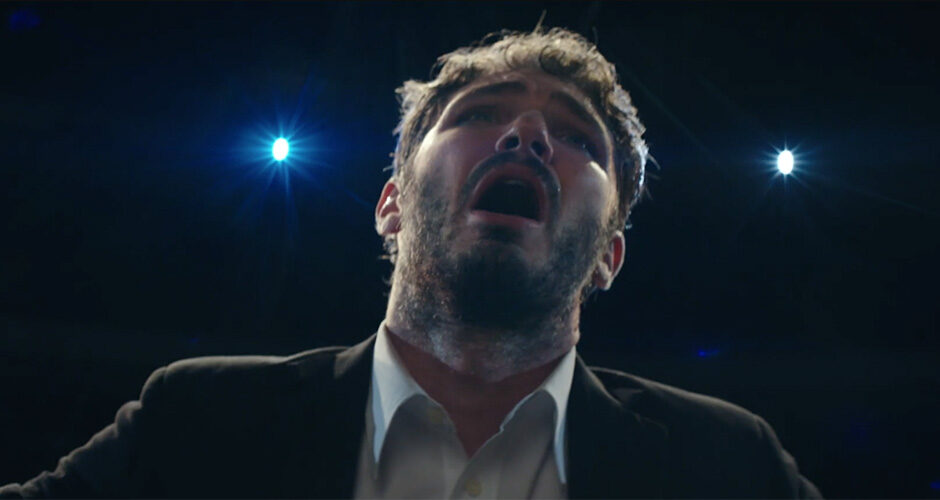 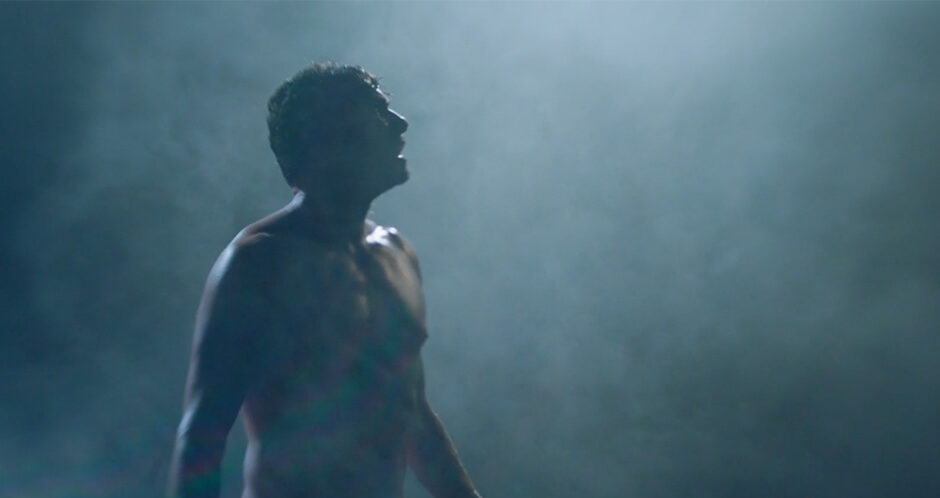 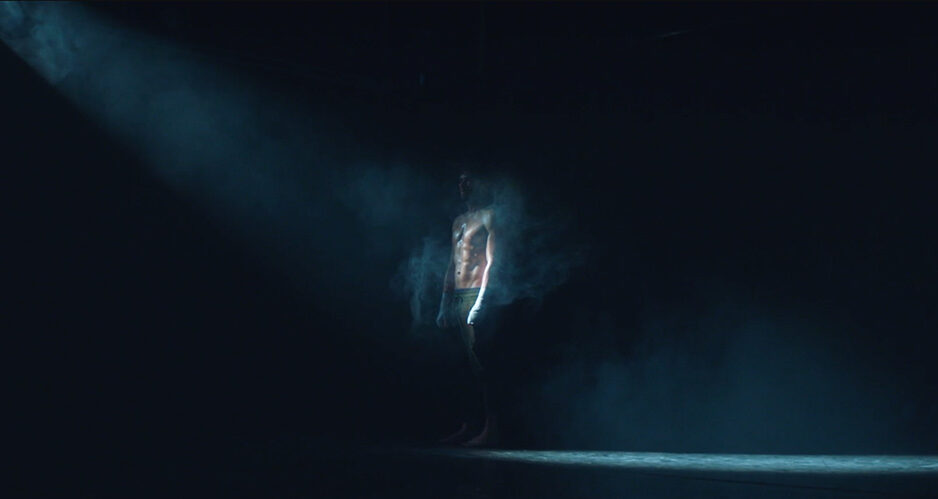 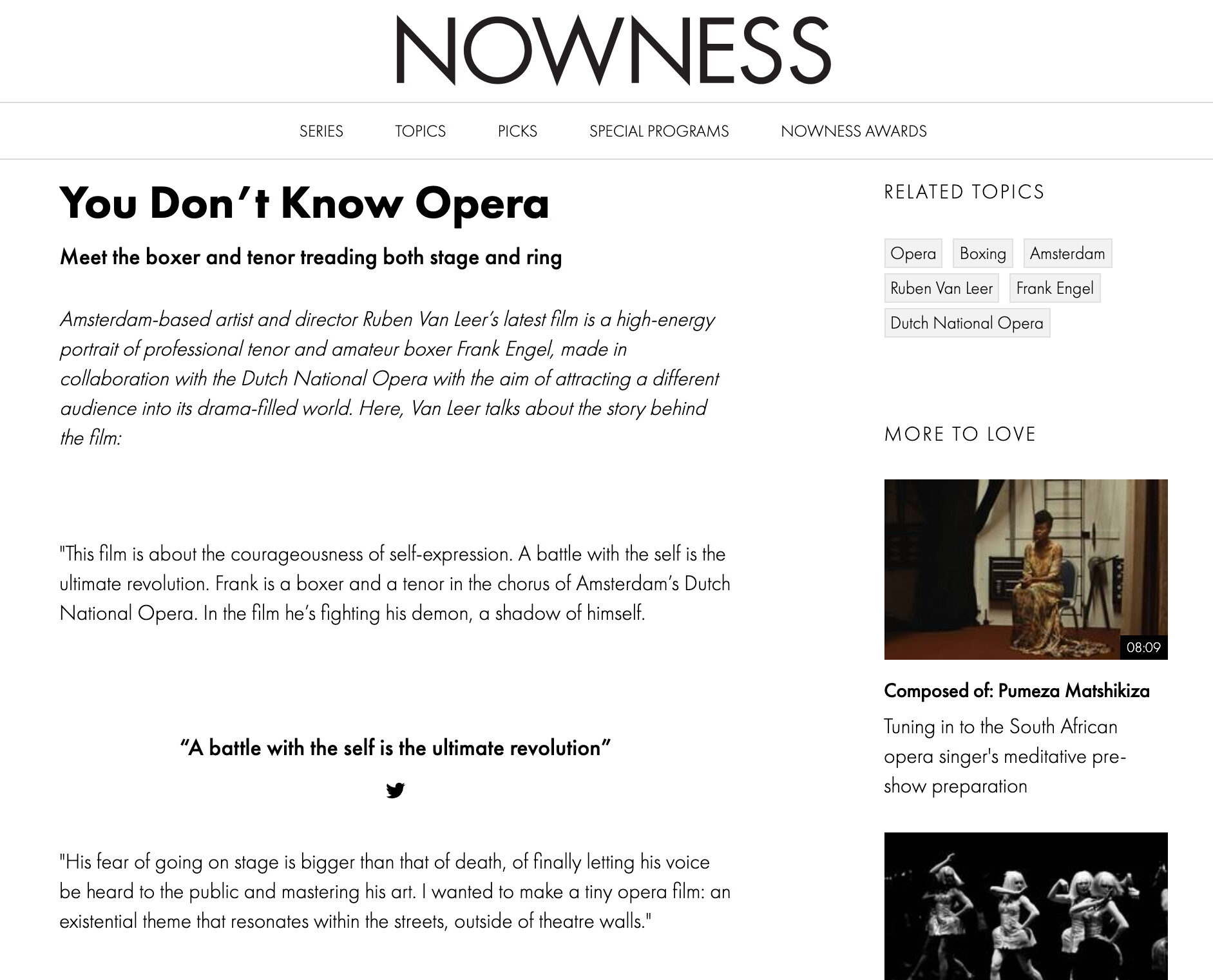 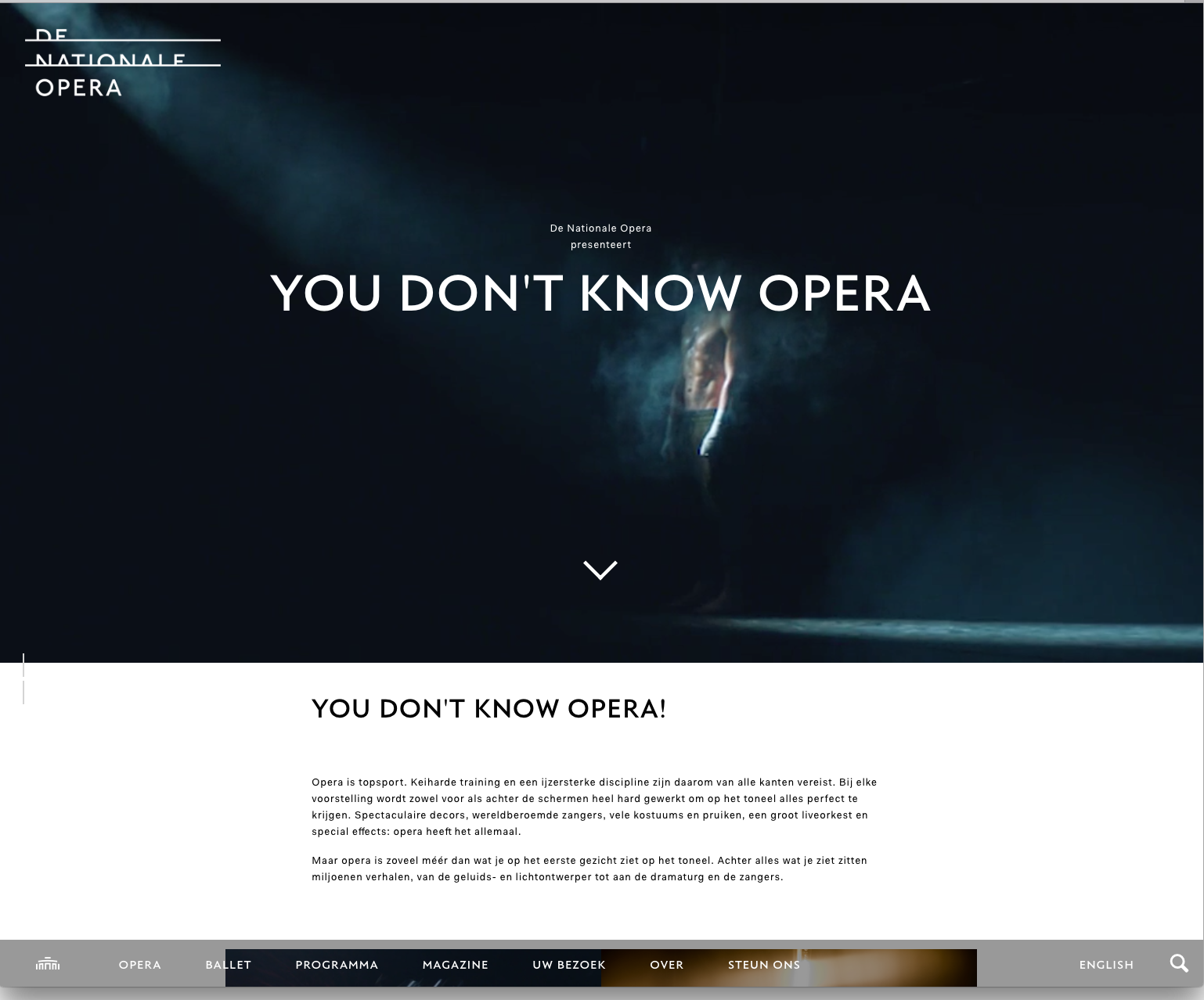